If you’re working in a large industry or you have a lucrative job that you want to hold onto, frequent drug tests are probably something you are well aware of. Smoking pot after an exhausting day is perhaps one of the best methods for stress relief, but it’s getting harder to practice it because most employers won’t tolerate it.

Before you give up on it and suddenly stop smoking, there are a couple of things you should know.

The actual length of time that THC stays in your system depends on numerous factors. It’s vital that you cover most of them and familiarize yourself with the concepts to successfully pass the urine test and keep on smoking. If you’ve never had an opportunity to research this particular subject, now would be a perfect time to start.

Take a moment and check out some of the points we’ve made in this article as they are constructed to offer you a more in-depth analysis of the timeframe you have to work with until you flush the cannabis traces out of your body.

How Does Pot Get In Your Urine?

Contrary to popular belief, drug tests aren’t designed to look for THC but rather for its metabolites that stay much longer in your system. When those tests detect THC-COOH metabolite, it means you have been using weed recently. These substances accumulate in fat deposits throughout your body and are lipid-soluble1.

For some reason, the human body seems to be fond of THC metabolites, and consequently, it keeps them for extended periods instead of getting rid of them immediately. To put things into a different perspective, alcohol stays in your body for only about five days whereas weed stays significantly longer even up to 90 days.

As you may know, your body gets rid of metabolites through urine. Therefore, it also gets rid of THC-COOH through urine2 which is why most employers use piss tests to check their employees. The critical thing to remember is that it doesn’t matter whether you consume it through edibles or perhaps by smoking it, the detection rate and possibility of a positive outcome are the same.

How Long Does THC Stay In Your Pee?

The answer to this question ultimately varies depending on how often you use marijuana in the first place. As we mentioned, conventional drug tests aren’t foreseen for THC detection but rather for detection of metabolites that stay much longer in your system. Naturally, the more pot you smoke or ingest in any other way, the longer it will take for it to get flushed out of your body.

As a general rule of thumb, you should refer to this table –

As you can tell, these are pretty long periods and getting blasted with a sudden test tomorrow is going to be a massive predicament. That’s why most people who smoke pot usually resort to various methods of cheating a screening instead of cleansing their system in due time.

For most people, THC metabolites will stay in their body between 10 and 70 days, depending on several things. As we pointed out, some factors affect the overall outcome as well as the time it takes to metabolize the traces of weed fully.

The strength of the drug itself plays a somewhat significant role. Different strains of weed have different power meaning that stronger strains contain more THC and thus stay longer in one’s system. Therefore, if you’re an avid smoker of super-strong pot, you can expect it to remain longer than lighter versions.

Every individual has a slightly different metabolism. Some people metabolize things faster; some don’t. This dramatically affects the rate at which your body is capable of disposing cannabis from your body. 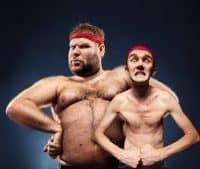 As we said, metabolites are stored in fat cells. The time at which they are going to be flushed out of your system depends on the amount of body fat you have in your organism. In other words, if you have an increased level of body fat THC will stay longer3. People who have less body fat can get rid of cannabis at a faster rate.

How Long Until Cannabis Leaves Your System?

This depends on the type of test you’re facing. Some tests are designed to detect THC up to 90 days whereas some others aren’t as precise. Typically, occasional users that smoke only about once every two weeks will flush their system in about three days.

Individuals who smoke moderately will need 5-7 days to clean their system of THC residue. People who smoke more than two times a day are considered heavy chronic users, and they will need a full month to get rid of the traces.

This process can be sped up by using some of the commercially available products, mainly detox drinks. There are countless different units on the market, and the vast majority of them are of subpar quality. However, there are some that are worth the investment. If you want to know about it more, check out our other articles and reviews of detox drinks.

What If You Don’t Have Enough Time?

As we mentioned, detox drinks have become quite popular in the past couple of years because they offer a somewhat easy way of getting rid of toxins. However, the success rate isn’t admirable, and on top of that, the vast majority of manufacturers usually sell a gimmick instead of the real deal.

As far as our recommendations go, Quick-Clear is a drink worth trying as well as the popular ClearChoice. Those two are the most popular ones but are far from being a perfect solution.

Fake piss is probably your safest bet because it doesn’t rely on how often you smoke or how much. Instead, it’s a complete substitute for your pee meaning it yields negative results on any test because it doesn’t contain any THC metabolites. However, similar to detox drinks, many units on the market are unreliable and come from sources that are far from being credible.

Quick Fix is well-known for being among the best and is our top recommendation for anyone who doesn’t have the time to cleanse their organism naturally.

Check out all products we recommend.

Do edibles show up on the urine test?

The short answer is – Yes, they do. Anything that contains THC will show up on the test, whether it’s a hit from the bong last night or a cookie you ate the week before. In general, it doesn’t matter how you ingest marijuana because it will result in very similar levels of THC-COOH. Edibles do cause more conversion of THC to THC-COOH though.

Do edibles stay longer in your system than smoking?

The answer to this question is – Yes, they do. However, it’s not a particularly significant timeframe, to begin with. Since metabolism of edibles is somewhat slower, the amount of time it takes to flush it all out is a bit extended, but only for a day or two which is not as significant in the grand scheme of things.

How long does cannabutter stay in your system?

The rough estimation here is about a day for blood tests and a week for urine tests. However, when it comes to the detectability factors and pot staying in your system, traces of THC can stay up to 30 days within detectable limits. It also depends on how much of it you eat and how frequently.

Therefore, if you’re eating multiple a day, you are going to have THC longer in your system in comparison to someone who ate a brownie a month ago.

Will smoking one joint show up on the test?

If you’re not a regular smoker, the equivalent of one-joint-worth of THC will stay in your system for about six or seven days. Therefore, you are probably in the safe zone after about eight or nine days. Bear in mind, the more you smoke, the harder it is to flush out of your system.

Does Reggie stay in your system longer than Dro?

Reggie will usually stay longer than dro because most Reggie strains are more potent. As we mentioned before, more potent strains tend to stay in your system for more extended periods because they contain more THC. That said, the difference is pretty minor, and it’s a matter of perhaps a day or two meaning it’s not something that will change the course of the game that much.

If you’re looking to pass a test and have been noticed weeks in advance, then it’s probably safe to resort to some detox drinks or perhaps try to cleanse your system naturally. However, if you have no time and are facing a test the day after tomorrow, you’ll have to go with either detox drinks or fake pee.

As far as our recommendations go, high-quality synthetic piss is probably your safest option.

Keep in mind that everything we pointed in this article is far from being a hard-written rule and your results may vary. There are countless factors included in the equation ranging from your body fat levels to the potency of weed you’ve been smoking.

Copyright © 2020 MedSignals.com. No reprinting without permission. No products available for sale.